You are here: Things to Do > Kings Theatre 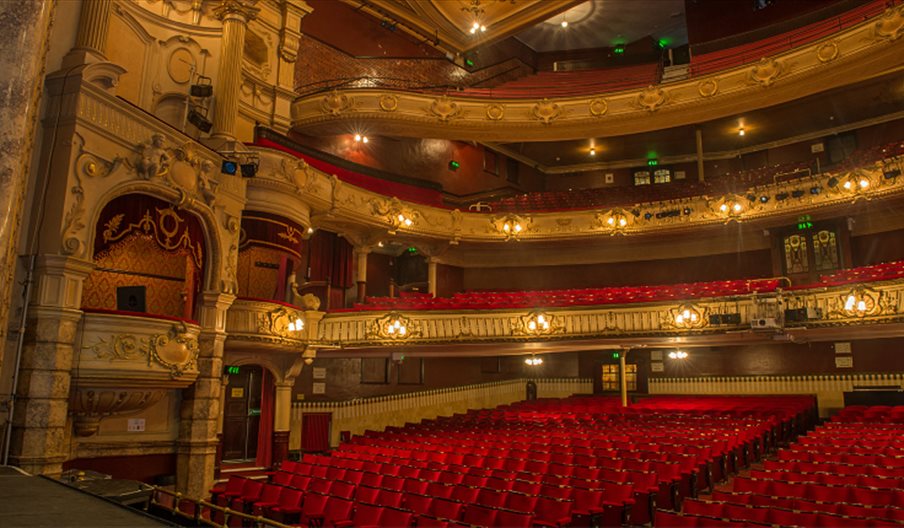 Since its inception in 1907, the Kings Theatre has established itself as one of the premier theatres and cultural venues on the South Coast, showcasing a fantastic selection of major touring productions, hilarious comedy and a vibrant line-up of music, dance and cabaret - ranging from international artists to local favourites.

With an extensive calendar running throughout the year, the theatre has seen performances from some of the biggest and most famous names in arts and entertainment, including Laurel & Hardy, Ivor Novello, Sean Connery, Elton John and Michael Mcintyre.

Designed by renowned architect Frank Matcham, the sumptuous surroundings of the Grade II* listed arch theatre is full of atmosphere and tradition – with a touch of the modern-day encapsulated within it.

Concluding a jam-packed autumn season, the Kings will be presenting its famed pantomime throughout December – a production of Aladdin.

Starring Boyzone’s Shane Lynch, Phats & Small’s Ben Ofoedu, The Voice star Lucy Kane, and Portsmouth’s favourite Dame, Jack Edwards, Aladdin will be running from December 11 to January 5, featuring laugh-out-loud comedy and family fun for all the ages. Tickets are flying (like the magic carpet) so book now to secure your spot.

What's on at the Kings Theatre

Click here for a full listing of all upcoming performances and shows at the Kings Theatre Portsmouth.