You are here: What's On > Victorious Festival 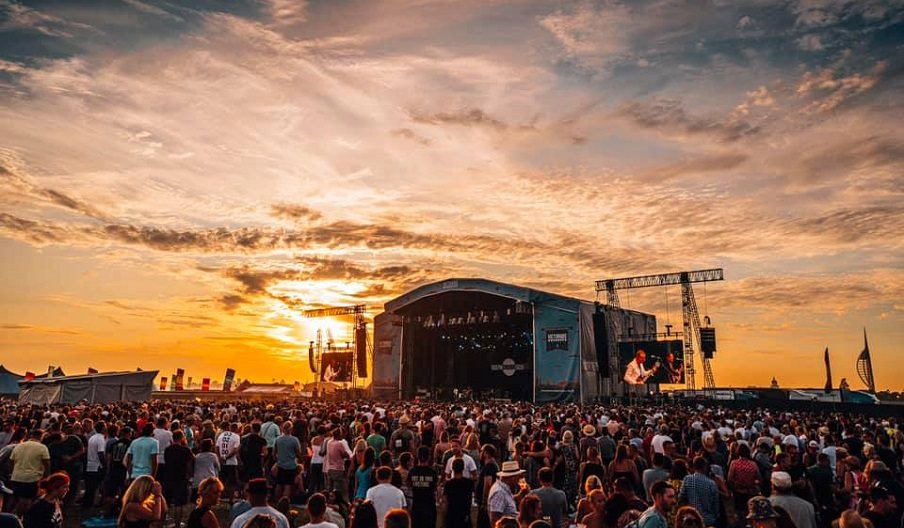 Returning to Southsea Common are Stereophonics, for the Friday night headline slot. It marks the Welsh band's second appearance at Victorious Festival, having rocked the Common Stage with a headline performance back in 2017. They will be joined on the Friday by Britpoppers James, as well as Primal Scream bringing festivalgoers in early for the afternoon special guest slot. Elsewhwere on the Friday line up are Self Esteem, fresh from her enormously successful 2021 with album-of-the-year nods aplenty, and excellent Derry singer-songwriter Soak.

Paolo Nutini headlines the Saturday, marking his return after not releasing an album since 2014. Nutini is joined on Saturday by Bastille, the Wombats and Declan McKenna, whilst festival favourites Ocean Colour Scene will also perform alongside their Britpop contemporaries Kula Shaker. The special afternoon guest slot is taken by Sugababes, touring again as the original and iconic trio - Mutya Buena, Siobhán Donaghy and Keisha Buchanan.

On Sunday it will be South Shields' Sam Fender to headline - with the heartland rocker capping an incredible rise to fame that has seen him headline London's Finsbury Park. The rock vibes continue throughout the day with Nothing But Thieves and Suede also performing, whilst Anne-Marie, Becky Hill and Sophie Ellis-Bextor bring the dance. Elsewhere the line up sees Example, Editors and Amy Macdonald perform, after The Libertines take to the stage in the special afternoon guest slot.

This year will also see a huge new comedy offer at Victorious Festival, which includes some big names. Rosie Jones hosts on Sunday, whilst local lass Suzi Ruffell handles proceedings on the Saturday. Jones is joined by Katherine Ryan and Russell Kane, whilst with Ruffell it's Joel Dommett and Milton Jones.

2022 will also see the return of off-site camping at Farlington Fields, where campers can avail themselves of free and regular shuttle buses heading out and back to the main festival site quickly and efficiently.

If you're travelling into Portsmouth for Victorious Festival, why not stay a little longer, explore the area and explore the other great things to enjoy on the seafront which remain open throughout the bank holiday weekend?