You are here: Things to Do > The D-Day Story 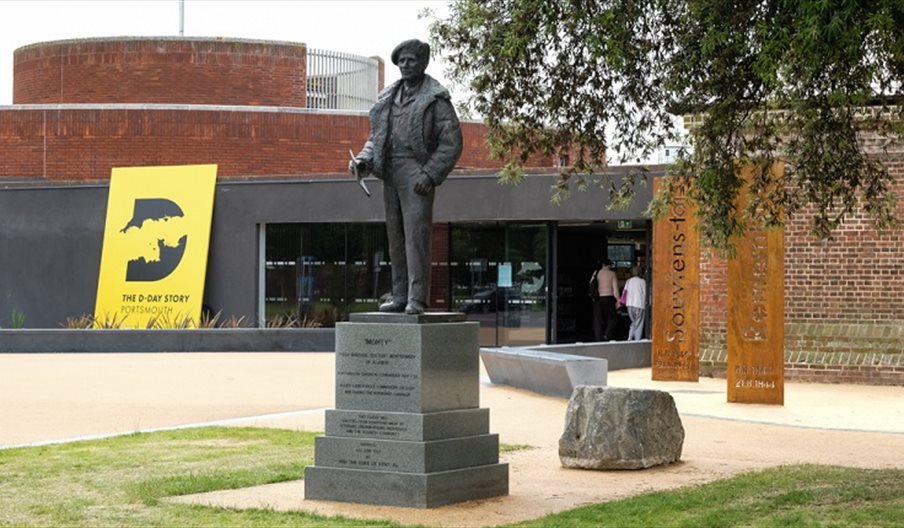 The D-Day Story is the only museum in the UK dedicated to the Allied Invasion in June 1944. It tells the unique personal stories behind this epic event.

Thanks to the Heritage Lottery Fund, a £5 million redevelopment project was completed in 2018 and the museum was transformed to provide an engaging insight into the lives of those who took part in D-Day, whether they were individuals on the shore in Portsmouth, or those who went over to Normandy.

Following a huge renovation project by the National Museum of the Royal Navy (with support from the National Lottery Heritage Fund), the last surviving Landing Craft Tank from D-Day is now open on Southsea Seafront, with access included as part of a museum ticket.

Take a walk around the tank deck to see the sheer scale of these landing craft. Then, head up to the officers' quarters and galley to see where the men cooked and ate, before heading up the ladder to the bridge, where the Commanding Officer was based. Here you can take in views out across the city and sea.

The museum contains many exhibits not previously displayed to the public, in galleries that feature the words and perspectives of those involved - from both a military and a civilian viewpoint. There are also spaces for learning and events, plus interactive displays featuring maps, uniforms and other memorabilia, as well as several vehicles and even a real LCVP landing craft.

At the centre of the museum sits the Overlord Embroidery, which was commissioned by Lord Dulverton of Batsford (1915-92) as a tribute to the sacrifice and heroism of those men and women who took part in Operation Overlord. The embroidery is 83 metres (272 feet) in length, and is the largest work of its kind in the world.

The D-Day Story is full of personal stories of courage and determination; comradeship and sacrifice; secrecy and deception; innovation and tactics. It is a story in which ordinary people worked together to achieve an extraordinary outcome, exemplifying ‘the epic made personal; the personal made epic’.

The museum also contains a café and a shop, selling a variety of items including a wide range of books related to D-Day.

Please note - museum staff reserve the right to search bags and all visitors must agree to this as a condition of entry to the museum.