You are here: Things to Do > Southsea 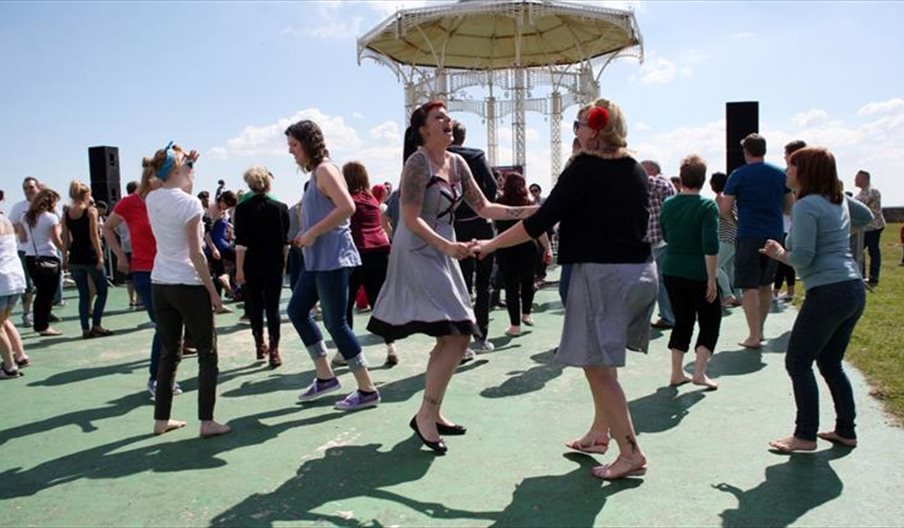 If you want to experience Portsmouth like a local, Southsea is an absolute must.

It's more than your typical seaside resort with hotels and beaches; it's a thriving, cultural force that feels as real and tangible to those who live there as the pebbles on Southsea Beach.

Whilst Gunwharf Quays may have the recognisable bars, restaurants and shopping outlets, Southsea is decidedly more independent. There may be a few big names along Palmerston Road, but most other streets are bursting with independent pubs, cafes, restaurants, shops and more.

It's also a place to get away from the copy-and-paste British High Street, to see something you don't every day.

Southsea emerged as a popular tourist destination during the Victorian era - which interestingly meant that the town was named after its castle, and not the other way around. Over the centuries since, Southsea has grown into a destination unlike any other.

One main benefit is that, being less than two miles wide and 1.5 miles long, the entire Southsea area is walkable for most. It's also incredibly flat, meaning those walks feel like a breeze. Not that you're likely to do it all in one go, of course, as there will be plenty of attractions along the way to pique your interest.

The aforementioned Southsea Castle - reportedly built to specifications set out by King Henry VIII himself, stands strong at Portsmouth's most southerly point. It overlooks the Solent, as well as much of the city for anyone able to draw their eyes away from the seafront panorama.

Just along the way is the D-Day Museum; the only one of its kind in Britain. Here is the home of the Overlord Embroidery, which features embroidered panels replicating a series of watercolours that now hang in The Pentagon in America.

Walkers through Southsea streets will also find their attention drawn by the blue plaques on display, showcasing some of the area's more well-known former residents. Among those honoured are creator of Sherlock Holmes, Sir Arthur Conan Doyle, acclaimed writer and poet, Rudyard Kipling, and comedian Peter Sellers.

All this sightseeing is sure to work up an appetite - though you won't go hungry in Southsea. There are restaurants here from all over the world, to cater for all tastes and requirements.

Whether you're looking for an Indian feast, some British pub grub or even a spot of fine dining, there is plenty of choice to be had. Whilst the majority of these independent eateries are centred around Albert Road and Osborne Road, there is much more around for those wanting to head off the beaten track.

Of course, you'll likely want to wash all that good food down and quench the kind of thirst that only the seafront can bring. Whether you're looking for familiar names or local ales, Southsea has a wealth of pubs and bars that can certainly accommodate.

Then all that's left is to get some rest in one of Southsea's many hotels and B&Bs. As you might have guessed, many of these are independently owned and operated, meaning the true Southsea style stays with you from morning to night.