You are here: What's On > Victorious Festival 2021 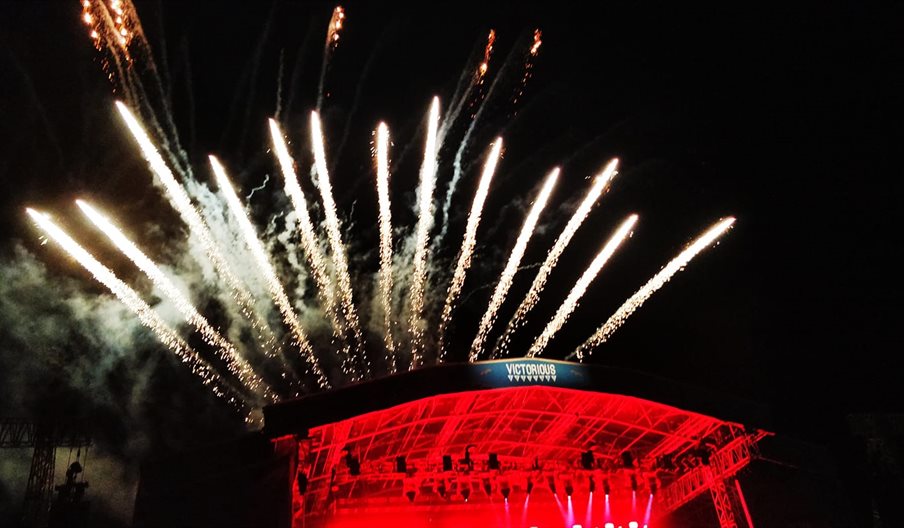 The line up announcement for 2021 is expected imminently. Acts that had been announced for the cancelled 2020 event included The Streets, Royal Blood, Chic and Nile Rodgers, Manic Street Preachers, Ian Brown, Blossoms, Rag 'n' Bone Man, The Kooks, Bombay Bicycle Club and loads more besides.

2019 saw some of the biggest names in music delight fans over the bank holiday weekend. Two Door Cinema Club got the Common Stage audience dancing with a host of indie disco hits new and old. They were joined on the opening night by 2-Tone legends The Specials - who brought out all the hits and polemic - as well as much-loved indie rockers Doves, making their comeback.

Rudimental topped the bill on Saturday, drawing a huge crowd to the Common Stage for their feel-good bangers. Over at the Castle Stage, meanwhile, Bloc Party rounded off a series of gigs commemorating their iconic debut Silent Alarm. They followed The Hives - as fun as ever - and Lewis Capaldi, who packed Castle Fields with about as many people as it could withstand.

The shebang was brought to a close on Sunday night with a headline performance from the truly legendary New Order. They treated the Common Stage audience to a host of their biggest hits, before dipping into some Joy Division classics for the encore. It was a poppier affair over at the Castle Stage, where Clean Bandit and their host of special guests played their chart-topping hits. Elsewhere throughout the day a sun-drenched crowd enjoyed sets from Plan B, The Vaccines and Ziggy Marley, among many others.

2021 will see the return of off-site camping at Farlington Fields, where campers can avail themselves of free and regular shuttle buses heading out and back to the main festival site quickly and efficiently.

If you're travelling into Portsmouth for Victorious Festival, why not stay a little longer, explore the area and see the other great things to do along the seafront?