You are here: Things to Do > Victoria Park 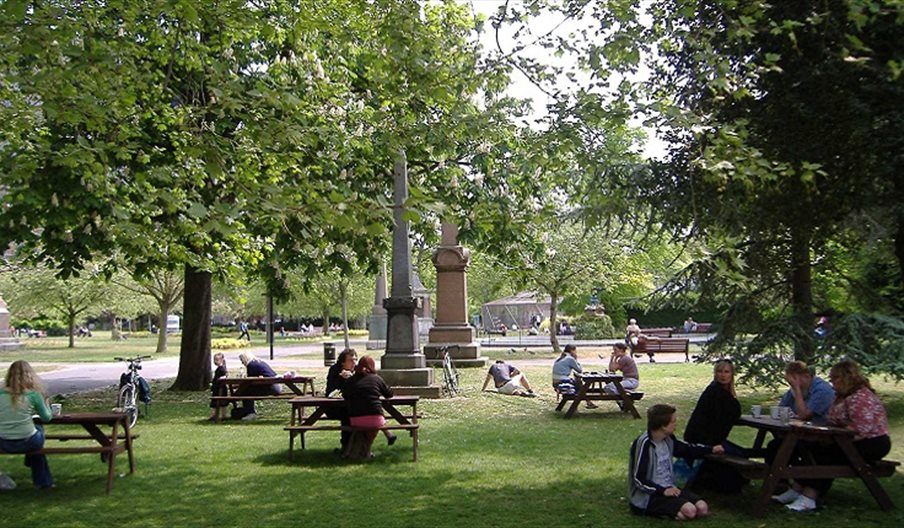 Victoria Park is a lovely place in the midst of Portsmouth. It has lovely scenary that is beautiful to walk through. Whether there's a group of you, or you're on your own, you won't regret having a stroll through the park.

Victoria Park covers 15 acres of grassed area, well-planted flower borders and trees. In the centre of the park is an area containing an aviary with peacocks, parrots and other exotic birds, in addition to another area with rabbits and guinea pigs that children can feed. There is also an adventurous play area for children.

Victoria Park is a public park situated just to the north of Portsmouth Guildhall, adjacent to Portsmouth and Southsea railway station and close to the city centre. It was officially opened on 25th May, 1878 and was the first public park to be opened in Portsmouth.

Enclosed within the park but primarily towards the eastern entrance there is a large collection of memorials and monuments connected to the Royal Navy.
This collection includes a Chinese bell in a miniature pagoda, raised by the crew of HMS Orlando in honour of their fallen shipmates, lost during the campaign to relieve Peking in 1900. The original bell was returned to China in 2005 and a replica bell now hangs in the pagoda.

An additional memorial honours the officers and men of HMS Powerful, who lost their lives in the Boer War. There are a number of other columns and memorials situated in this area of the park. Occasionally events are held in Victoria Park such as the Green Fair and Proms in the Park shown below.