You are here: Things to Do > St. John's Roman Catholic Cathedral 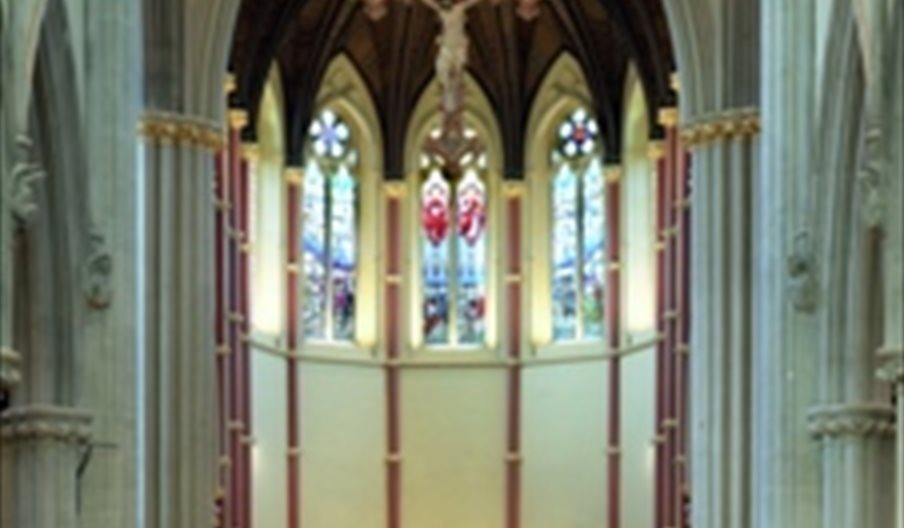 Take in the splendour of this Victorian church, with wooden vaulted ceiling, that was built in five phases from 1882-1925 and consecrated in 1887.

During World War II, St. John's was extensively damaged and Bishop's House was destroyed by a bomb. All stained glass windows, except rose window over the organ, were either damaged or destroyed, and were repaired or replaced. The sanctuary walls, where the High Altar was positioned, were covered by paintings by Nathanel Westlake. These were also damaged and in 1972 were painted out. In 1906 the High Altar was moved forward and placed under an elaborate baldacchino.

The cathedral was designed by John Crawley in 1877-1881. Crawley died just as building started and his partner Joseph Hansom took over the project and modified the design, working on it until 1896. The church is built of Fareham Red Brick with Portland stone dressings.

More recently, in 2010, a three-metre statue of St John the Evangelist - sponsored by the Friends of the Cathedral - was unveiled outside. It was sculpted by Philip Jackson, one of the foremost figurative sculptors in Britain today.