You are here: Things to Do > Tour: Stories of WW2 - Portsmouth and Gosport 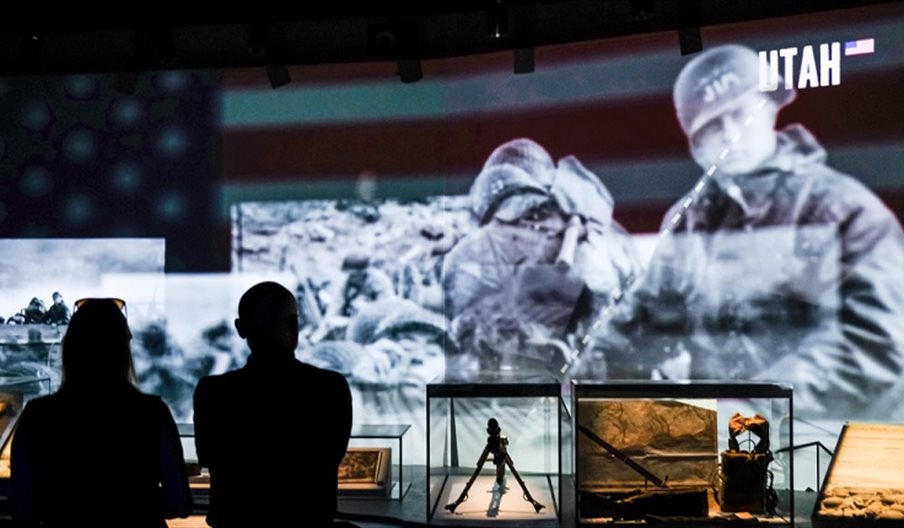 Visit three of Portsmouth’s top attractions that tell the story of D-Day, the operation that forever changed the course of World War II. You will be fully guided to make the most your US Allies experience. The D-Day Story, Portsmouth Cathedral and Royal Navy Submarine Museum complement each other and reveal in detail the incredible history of the D-Day landings.

You will be accompanied throughout by a knowledgeable, local and friendly guide.

This fully guided tour starts at The D-Day Story, where - after a tour of the museum - you can enjoy lunch in the Dulverton Room. The D-Day Story is the only UK museum to tell the story of this pivotal moment in World War II. The museum uses real objects to tell the story of those who took part in the D-Day landings on 6 June 1944. The museum is also home to the magnificent Overlord Embroidery, an 83-metre depiction of the operation created by the Royal School of Needlework over five years between 1969 and 1974. The painted panels on which its 34 sections are based now hang in the Pentagon.

Your next stop will be Portsmouth Cathedral for a private tour, including the D-Day window, installed in 1956, as a memorial to Admiral Sir Bertram Ramsay, who commanded the seabourne forces at Dunkirk in 1940 and Normandy in 1944.

If you are on foot, you will then travel via ferry across the harbour to Gosport to visit the Royal Navy Submarine Museum. If in transport you can drive to the nearest ferry point and park, or use the ferry. You will experience HMS Alliance and the Royal Navy Submarine Museum, guided onboard this Second World War- era submarine. View Holland 1, the very first Royal Navy submarine launched in 1901 and X24, the only surviving Second World War midget submarine – both regarded as significant maritime artefacts.

Please note, this tour is for groups between 4 and 50 people.  To enquire or for further details, please email guiding@portsmouthcc.gov.uk.