You are here: Things to Do > Portsmouth Historic Dockyard 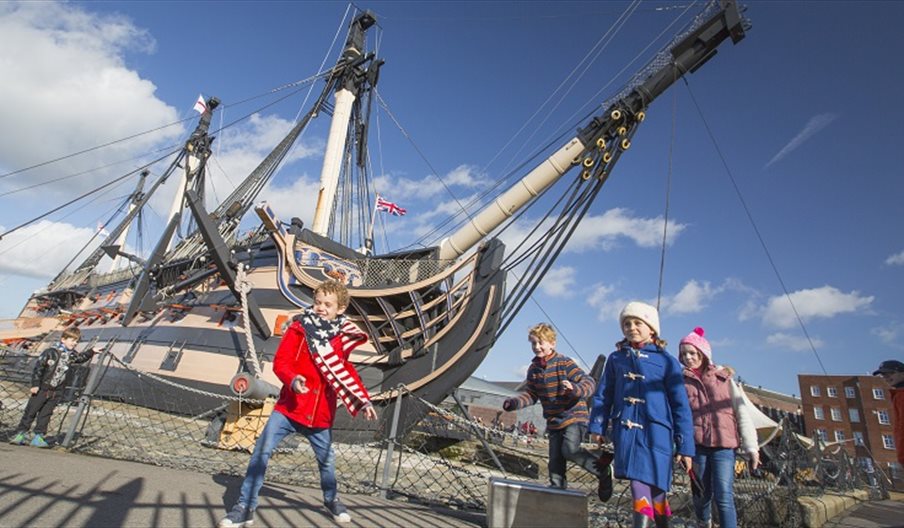 Climb on-board majestic warships, explore heroic submarines and uncover some of the navy’s best-kept secrets with first-hand accounts from the Royal Navy’s finest, past and present.

An Ultimate Explorer Ticket is valid for a whole year, allowing you to return again and again, giving you entry to all the historic ships, including Vice-Admiral Lord Nelson’s world famous flagship HMS Victory, and the world-renowned Mary Rose Museum.

Explore Queen Victoria’s HMS Warrior, and the only surviving ship from the First World War’s Gallipoli campaign, HMS M.33. Take the waterbus to Gosport and explore Cold War submarine HMS Alliance, where you will have the opportunity to look through her working periscopes. You'll see, hear and even smell how life was lived under the sea. Add in a Harbour Tour to cruise around Portsmouth Harbour and see the ships of the modern Royal Navy.

With multiple attractions to see all in one ticket, there’s something to suit the whole family.

An Ultimate Explorer Ticket gives you entry to:

HMS Victory: A major reinterpretation of her visitor route through the ship enables visitors to follow in the footsteps of Nelson, her most famous Vice-Admiral.

The Mary Rose: The Tudor relic stands in her own specially designed museum, to showcase the remains of the hull that lay at the bottom of the Solent for more than 400 years. Here you can also see a few of the 19,000 of Tudor artefacts, rescued alongside the ship.

HMS Warrior: One of the world’s first iron-hulled, armoured warships launched in 1860 and never fired a shot in anger, yet changed naval warfare forever.

Boathouse 4: A great family attraction within the Historic Dockyard, offering hands-on children’s activities. There is the Forgotten Craft exhibition which pays tribute to the heroic small naval craft and crews of the past. You can also get a great birds-eye view of students practising traditional boatbuilding skills as part of the International Boatbuilding Training College Portsmouth.

HMS Alliance at the Royal Navy Submarine Museum: Discover a world beneath the sea by walking onboard HMS Alliance - it’s as if she is about to leave for sea. Take a peek through the working periscopes and see, hear and even smell how life was lived underwater.

Explosion Museum of Naval Firepower: Take the waterbus over to the award-winning museum – home to a unique collection that includes torpedoes and modern missiles.

Harbour Tours: A sailor’s eye view of the Historic Dockyard, and the warships of the modern Royal Navy (subject to availability).

The Dockyard Apprentice Exhibition: The story of Dockyard life during the early years of the 20th Century when the great Dreadnought battleships were being constructed.

Also included in the ticket is the Waterbus – a boat ride from Portsmouth Historic Dockyard to the Royal Navy Submarine Museum and Explosion Museum of Naval Firepower (subject to availability and offered on a first come, first served basis).

While you are on site, choose from a range of cafés, enjoy delicious hot lunches, quick tasty snacks, home-made treats or a refreshing glass of something sparkling! All Covidly-safe of course.

The Ultimate Explorer Ticket does not include entry to special events.
Some of the attractions may run on timed entry at different periods of the year, and some may be closed at certain times during the winter. 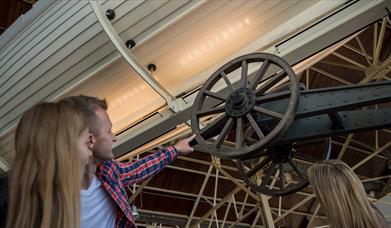 Boathouse 4, PortsmouthAt Boathouse 4, you can watch boatbuilding in action and learn about the vital role of small boats in the Royal Navy. The exhibition is free to enter and features a range of fun interactives which bring these small craft to life. 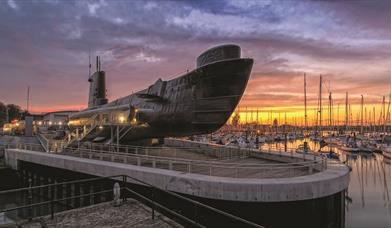