You are here: Things to Do > Gosport Ferry 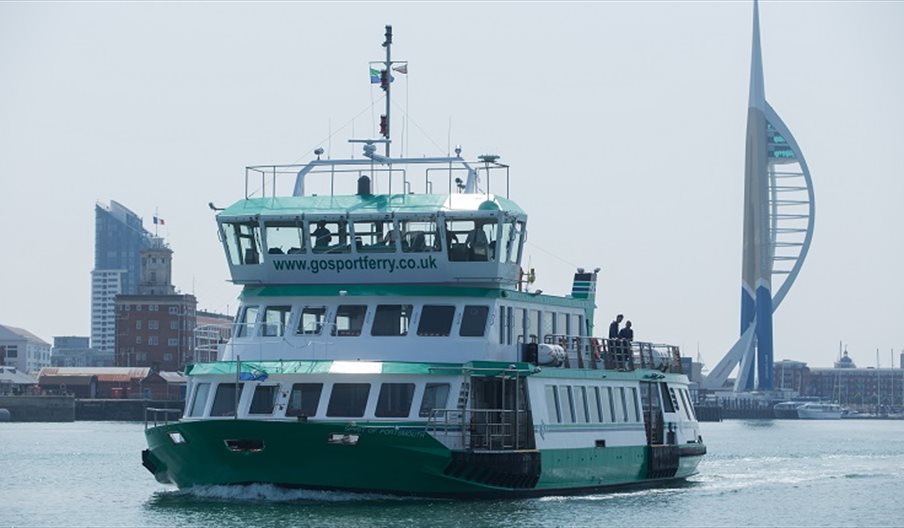 The Gosport Ferry is the quickest way to get between Portsmouth and Gosport - all the while offering great views of the cityscape and Portsmouth Harbour.

A ferry service has been operating across the harbour entrance in one form or another since 1875, when a group of individuals pooled their resources to create the Gosport and Portsea Watermen’s Steam Launch Company. With the rail service being extended the following year (so the final terminal was at Portsmouth Harbour and not Portsmouth & Southsea), it became possible to get a train from London straight to the jetty. Though it has gone through many changes during that time, the Gosport Ferry remains one of the UK's longest running services.

Today, the Gosport Ferry carries 3 million passengers a year; for commuting, exploring the different areas or just getting out on the water to see a different view. It also accepts bicycles for those who want to enjoy the long, flat, paved routes at both Portsmouth and Gosport. Motorcycles are also accepted,

Dogs are welcome on the ferries, but must be kept on a lead and supervised at all times.

The tagline of 'It's shorter by water' is very accurate, with the 4 minute crossing (with services running every 7.5 minutes during peak times) removing the need for a 14-mile journey by road. Crossings start at 5.30am every day and run until midnight. There are different peak and off-peak times across the week, details of which can be found here. The longest time between scheduled crossings is just 15 minutes.

A range of tickets are available for single trips, multiple journeys or season tickets of varying length. See the website for full details of what's available and up-to-date pricing.

The Gosport Ferry also runs a series of summer cruises, taking passengers to destinations around the Solent. Previous trips have included Ryde on the Isle of Wight, Lymington for a day shopping and a tour of the cruise ships at Southampton Docks.

This year the Gosport Ferry is offering a new 'Park & Float' ticket, which includes a (discounted) combined parking, bus and ferry ticket - offering a convenient and value-for-money way to get into Portsmouth.