You are here: Where to stay > Keppel's Head Hotel 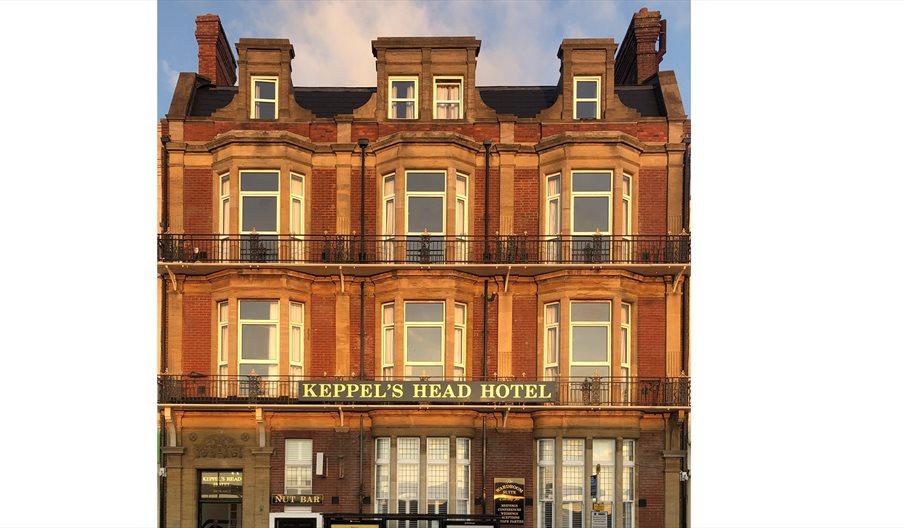 A historic hotel that has recently undergone extensive refurbishment, the Keppel's Head is ideally located for visits to Portsmouth Historic Dockyard, Gunwharf Quays and the Spinnaker Tower.

The hotel was originally built in 1779 and, though it's been recently renovated, many of its amazing original features have been kept intact. Its modernisation work emphasised these features whilst keeping within the hotels charm.

Keppel's Head is ideally located between the old and the new, with Gunwharf Quays and the Spinnaker Tower on one side, and the Historic Dockyard just the other. Both are mere steps away from the hotel's front door.

The name of the hotel would have therefore been somewhat topical at the time, being built in 1779 after a fire destroyed several properties in the immediate area.

Keppel was a popular man and several inns used his image on their sign. However, few have survived with this name for as long as the hotel.

Throughout its life the Keppel’s Head has been popular with naval men, even to the extent that when there was another fire in 1803, officers and midshipmen paid for its reconstruction.

Today the hotel is also home to the Captain's Table restaurant, serving lunch and dinner menus to staying guests and visitors alike.