You are here: What's On > Portsmouth Comic Con 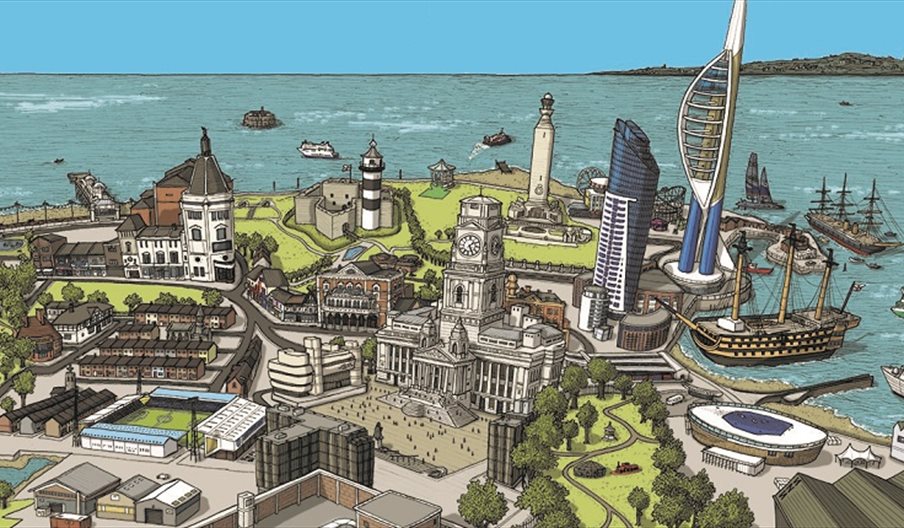 Portsmouth Comic Con, the biggest Comic Con on the South Coast, returns to Portsmouth Guildhall for 2022.

It brings you the best in comic, film, TV and Pop Culture entertainment, with special features for this edition; ‘A Celebration of Female Superheroes’ (Saturday), ‘A World of Witchcraft and Wizardry’ (Sunday) and an immersive Star Wars Walk Through Experience (both days).

An impressive Artists Alley (welcoming some of the greatest artists and writers in the industry, alongside stars of the screen) and the wonderful world of cosplay is complemented with incisive panels, exhibitions, displays, workshops, a Comic City, and Village full of merch and interactive fun in the form of VR, robots, steampunk, retro and board gaming and more!

If you’re serious about comics, love Marvel films, Star Wars, cult series like Dr Who or simply looking for a family fun day out – this is the event for you!

Throughout the weekend there will be a fascinating range of panel discussions and Q&A sessions, including:
In-depth interviews with Adam Hughes, Rick Leonardi and Stuart Moore about their legendary careers in comics
Drawing workshops with the supreme draftsman Gary Erskine
Writing masterclasses from Rob Williams
A fascinating glimpse into the process of peerless artists Marguerite Sauvage and Martin Simmonds

Copyrighted artwork for the Portsmouth Comic Con - International Festival of Comics has been illustrated by Spike Zephaniah.