You are here: Venues in Portsmouth > The Round Tower 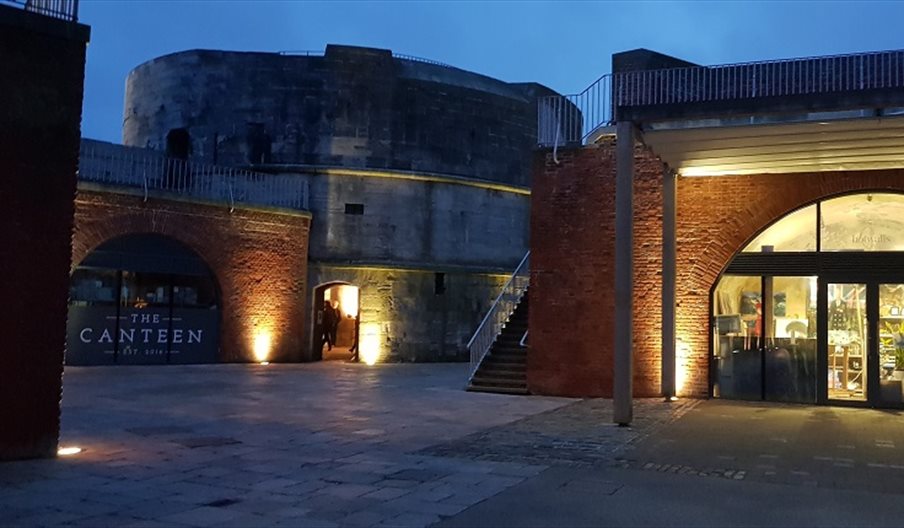 The Round Tower has been a major landmark in Old Portsmouth for almost 600 years. First built in the 1490's, today the building hosts events from theatre and live music, to art exhibitions and craft markets.

The unique interior of the building and beautiful sea views make the Round Tower a popular venue for public events and private functions such as parties and corporate events.

The Round Tower benefited hugely from the development of the Hotwalls Studios in 2016. Prior to this, the building remained locked and unused. Now managed by the Hotwalls Team at Portsmouth City Council, the Round Tower is becoming more and more popular with creatives from Portsmouth and beyond.

It has provided the ideal backdrop for exhibitions of both studio holders and visiting artists, and offers an affordable venue for creatives to showcase their work.

Thanks to investments from the Coastal Communities Fund, PUSH and Portsmouth City Council, the Round Tower is suitably equipped with electricity, Wi-Fi and heating. The venue is accessible for wheelchair and mobility scooter users, and offers an accessible toilet and accessible parking nearby. Regular pay-and-display parking is available onsite, although the venue is easy to reach via public transport.

Venue hirers are able to benefit from the thriving creative atmosphere achieved by the studios, and from the excellent food and drink served at The Canteen.

The roof of the Round Tower can be accessed any time, offering some of the best views in Portsmouth. Likewise, the Hotwalls Beach is accessible throughout the year.

The Round Tower is open for specific events, as arranged by the Hotwalls Team. Event listings can be found online and on social media, and bookings can be arranged with the team by contacting hotwallsstudios@portsmouthcc.gov.uk.

The Round Tower was initially built of wood between 1418 and 1426 on the orders of Henry V. In the 1490's the original structure was rebuilt in stone, and allowed ships entering Portsmouth Harbour to be closely monitored.

What's now the Hotwalls Studios originally started out as Point Battery, built between 1847 and 1850 as a coastal artillery. The arches that now house artists' studios previously provided living accommodation for soldiers along with gun positions.

By the end of the Second World War, the Battery was decommissioned, and local artists started the tradition of selling art from the arches on Sundays. This tradition is emulated today by the monthly Open Studios event at the Hotwalls Studios, which takes place on the third Sunday of each month.

Type:Hire of Live Music for Events 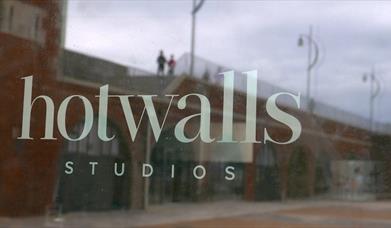