You are here: Things to Do > Round Tower 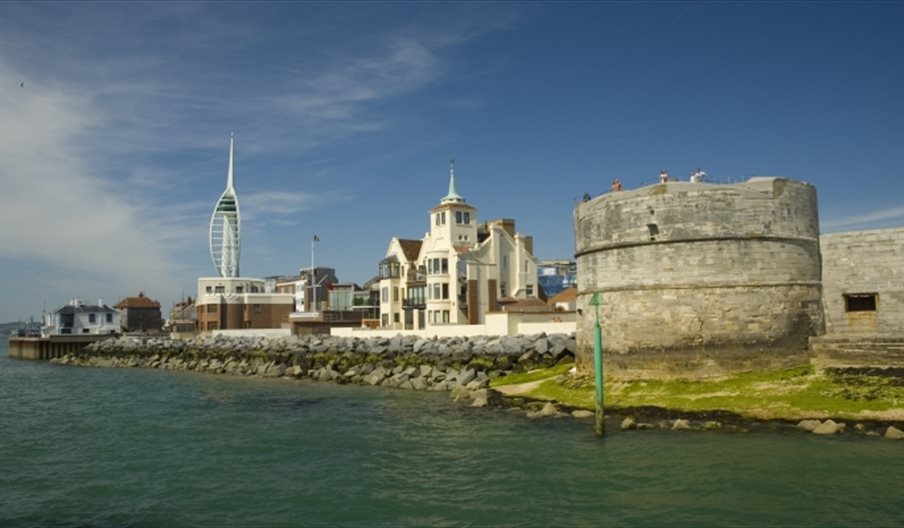 The Round Tower was built around 1418 to defend the entrance to Portsmouth Harbour and prevent raids on the city by French ships.

One of the biggest highlights for many visitors following the Millennium Promenade is taking in the views across Portsmouth Harbour from atop the Round Tower, looking out to Gosport and the Isle of Wight.

Know what day you'll be visiting Old Portsmouth and the Round Tower? Take a look at the Queen's Harbourmasters Shipping Movements for the next day and time your trip to coincide with one of the large naval vessels or submarines coming into the harbour or leaving Portsmouth Naval Base. (Shipping Movements are released at 12pm each day for the following day)

Inside there is a fine vaulted brick ceiling dating from the early 19th Century. It was part of the city's defences until 1960. The top of the building is open at all times, but the ground floor is only accessible on selected occasions.

The Round Tower is part of the exciting new development coming to Old Portsmouth. Hotwalls Studios is a new home for some of the best artistic talent that the city has to offer. In recent years The Round Tower has endured extensive renovation and development work to transform the old, disused arches, into modern flourishing art spaces. The Round Tower itself is also used intermittently as an art gallery, with plans in place for it to host events more frequently.

There is a brand new cafe on site, The Canteen. Here you can take in spectacular views of the Solent with a coffee and a gluten-free snack. The top of the Round Tower is open throughout the year for visitors to enjoy great sea and city views. 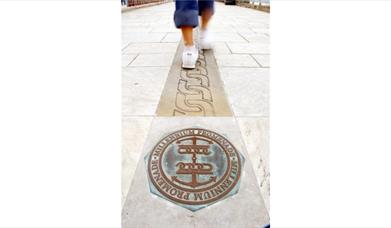 Millennium Promenade, PortsmouthThree kilometres of promenade now links all of Portsmouth’s historic waterfront. The route starts from Spur Redoubt near Clarence Pier, Southsea and finishes on The Hard, taking in Old Portsmouth, the Camber and Gunwharf Quays.