You are here: Things to Do > Wedgewood Rooms 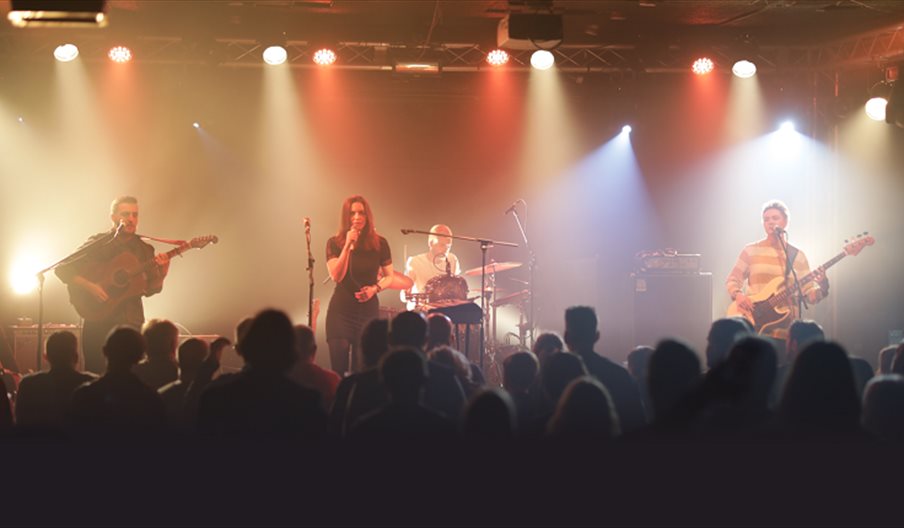 The Wedgewood Rooms on Albert Road (fondly nicknamed 'The Wedge' by locals) has been a central tenet of the local music scene for generations. This 400-capacity venue has hosted some of the biggest touring bands before they made it massive, along with some of the country's most loved comedians. Today it's a place to catch some of the best alternative music around or see future festival headliners in intimate surrounds.

The list of huge bands and artists to play the Wedge over the years is staggering. Among the countless names that have walked out onto the hallowed stage are: Oasis, Muse, The Killers, Keane, Pulp, Kasabian, The Strokes, The Maccabees, Frank Turner, Foals, The Script, Biffy Clyro, Johnny Marr, Damon Albarn, Placebo, Jamie T, Peter Hook, The 1975, Maximo Park, Two Door Cinema Club, Jake Bugg, The Horrors, Laura Marling, Ocean Colour Scene, Feeder, Travis, Editors, MC5, Bloc Party, The Black Keys, Mogwai and The Coral. Not all of these played shows back in the days of their relative obscurity, though. A number of the above chose to play the Wedge either to road-test new material or to warm up for a festival slot, even though they could easily sell out larger shows.

It's not only big names from the world of music who have played the Wedge either. Its regular comedy night has attracted circuit comedians who have gone on to greatness. Not only that, the venue plays host to more established touring comedians when they venture out with solo shows. Over the years, the Wedge has hosted Michael McIntyre, Eddie Izzard, Jack Dee, Lee Evans, Tim Minchin, Russell Howard, Jo Brand, Dara O'Briain, Mark Thomas, Bill Bailey, Rich Hall, Tim Vine, Omid Djalili, Rory Bremner, Frank Sidebottom, Ross Noble and James Acaster.

It's not all music and comedy, though. The Wedge has broadened its cultural scope and now puts on a number of theatre performances throughout the year. It has also played host to a number of poetry and spoken word artists taking their works on tour.

In addition to all of this is the mini-club next door - The Edge of the Wedge. This 100-capacity room regularly hosts club nights, local bands, acoustic sets, stand up shows, after parties and battle of the band competitions.