You are here: Things to Do > Portsmouth Football Club 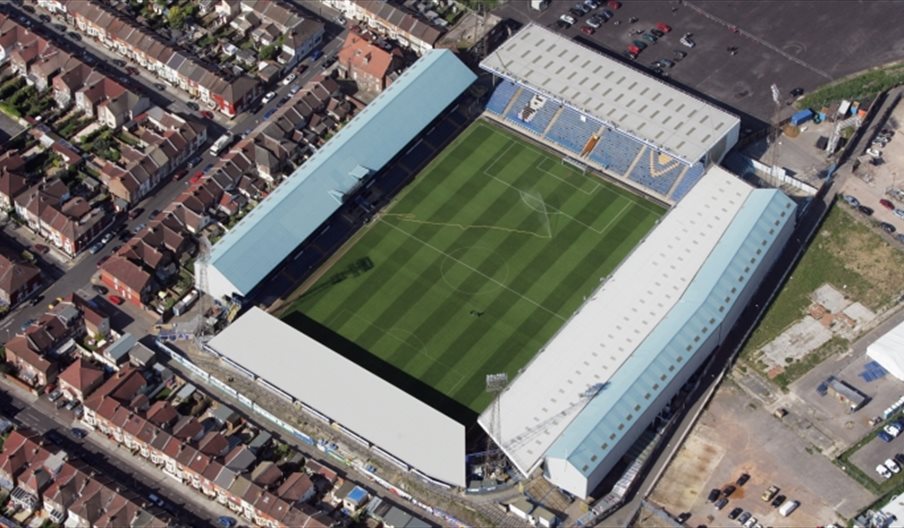 Portsmouth Football Club (nickname 'Pompey') was founded in 1898. It was preceded by Portsmouth Association Football Club, which had the eminent writer Sir Arthur Conan Doyle in goal - under the pseudonym AC Smith. Portsmouth FC was promoted to the top flight for the first time in 1927 and reached two FA Cup finals, before eventually winning the trophy in 1939 with a 4-1 victory over Wolverhampton Wanderers.

Pompey enjoyed a golden post-war era, winning division one (now the Premier League) in 1949 and 1950. In doing so, the club became one of only five to win the trophy in back-to-back seasons since the war. This glory period wasn't to last, though, and the club went into decline; dropping into division four (now League Two). Fortunes reversed one more, though, when Portsmouth returned to the top flight in 1987.

Pompey enjoyed a seven-year stay in the Premier League, capped off with another FA Cup victory - lifting the trophy after a 1-0 victory over Cardiff at Wembley Stadium. There were more mixed fortunes in 2010, the club reaching another FA Cup final but losing out to Chelsea 1-0. In the same season, Pompey were relegated to the Championship and haven't reached the same heights since. In 2012 the Blues decline continued with relegation to League One; the club dropping out of the top two divisions for the first time since 1983. Portsmouth fell into the bottom tier a year later.

Over its tumultuous history, Portsmouth FC has always played at Fratton Park.

The South Stand is the oldest on the ground that's still in use, built in the 1920s and designed by Archibald Leitch. Often referred to as 'the heartbeat of the stadium', it houses the dressing rooms, boardroom and offices. In the 1930s the stadium was further developed with the building of the North Stand, which remains in use today.

Fast forward to 1997 and the Fratton end, the home of Pompey’s noisiest section of fans, was rebuilt. A decade later a roof was put on the smaller Milton end for the first time.