You are here: Things to Do > Portchester Castle 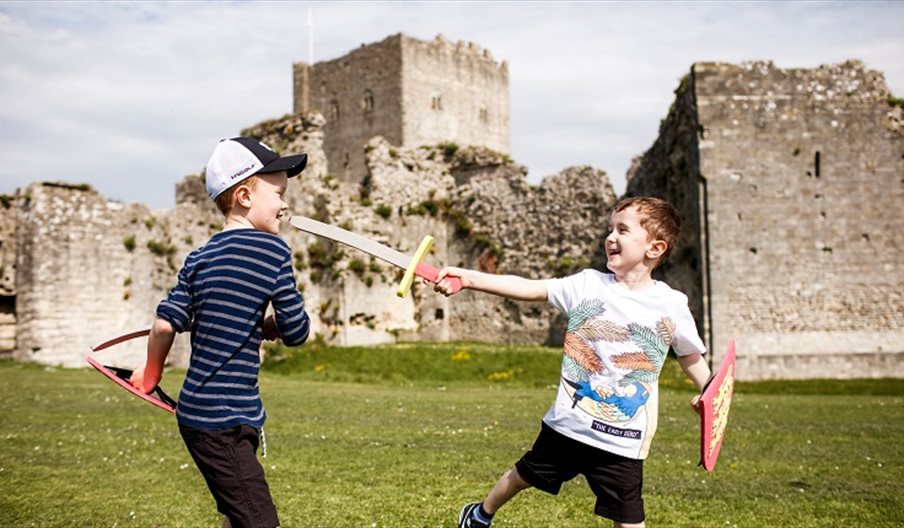 Portchester Castle is both a fortification and a historic royal residence - dating back to the 3rd century. Norman kings used it when crossing the Channel, while Richard II built a palace within the walls. The castle also served as a rallying point for the troops who embarked from Portsmouth on the expedition that led to the Battle of Agincourt.

Astonishingly, the attraction you can visit today is a Norman church within a Roman fort. The impressive outer walls (which are built right to the waterfront) are those of a Roman fortress. Reaching to their full height, they are the most complete in Europe. Inside is the Norman church, which itself features highly decorative stonework, decorated arches and a medieval font.

From the top of the Norman keep there are spectacular views over the castle and Portsmouth.

Today's visitors can take in the exhibition within the keep, which interprets the history of the castle and of the wider Portchester village. There are also a number of items on display that were found during excavations on the site. An audio tour helps explain life in the castle over the centuries.

On warm summer days, visitors can enjoy a family picnic on the lawns within the Portchester Castle walls - surrounded by history and just a stone's throw from the water.

The keep also hosts a number of special exhibitions, featuring a diverse range of works from notable artists. Most recent was Les Murs Sont Témoins | These Walls Bear Witness - a sound installation by Elaine Mitchener which explored the lives of prisoners of war held at Portchester during the 18th century, brought to life through findings from prisoner letters, registers and staged theatricals.

* Timings may change, please see the website for more information.