You are here: What's On > Making Waves International Film Festival 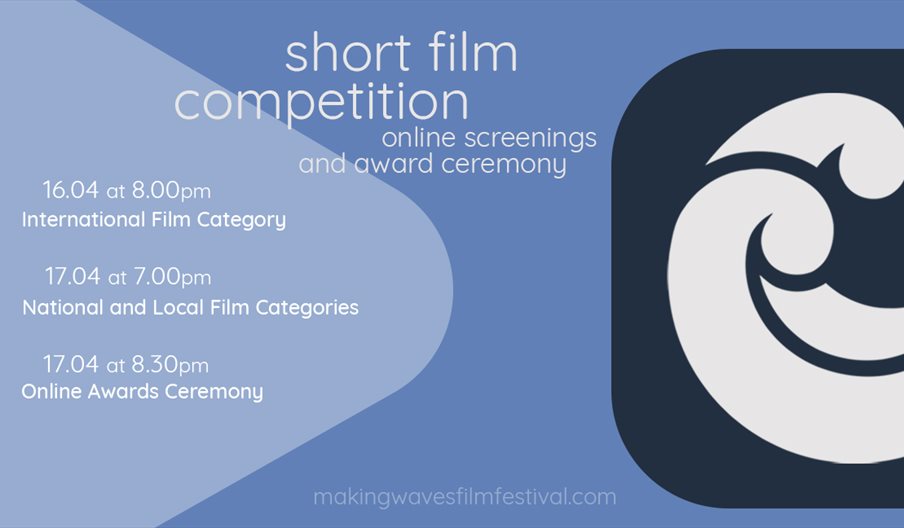 The annual Making Waves International Film Festival will be a virtual event this year, with screenings starting Friday 16 April and the winners announced on Saturday 17 April. Now in its 9th year, the annual competition has attracted entries from across the world.

Shortlisted films for the Best Local Film (Solent Region), Best National Film and Best International Film will be screened. The selection has been made by a panel of filmmaking judges that includes Ali Rasoul (experienced in working with top brands Pretty Little Things, Adidas and Nike), Kirsten-Ria (content creator and presenter on Whatculture), Neil Hunt (University of Portsmouth's Senior Teaching Fellow specialising in short film) and Rebecca Bellinger (Lecturer of film production).

Roy Hanney, Making Waves Festival Director said, "During a difficult year for filmmakers, we have been delighted by the quality and range of films submitted to the Making Waves Short Film Competition.

"Unable to run screenings in a venue, we are instead inviting all of our filmmakers from around the globe, across the UK and around the Solent to join us for the awards ceremony online. This evening promises to be a great opportunity for our audiences and filmmakers to get involved and toast the winners of the 2021 awards"

The National & Local Short Film Screening will run on Saturday 17th April at 7pm. Highlights include an imaginative film shot during lockdown of a breakup between two lovers, a boy who realises his mistake too late and a film about two strangers who share magical abilities.

The 2021 Making Waves Short Film Awards will take place on Saturday 17 April from 8pm. All events are free.