You are here: What's On > LGBTQ+ Film Festival 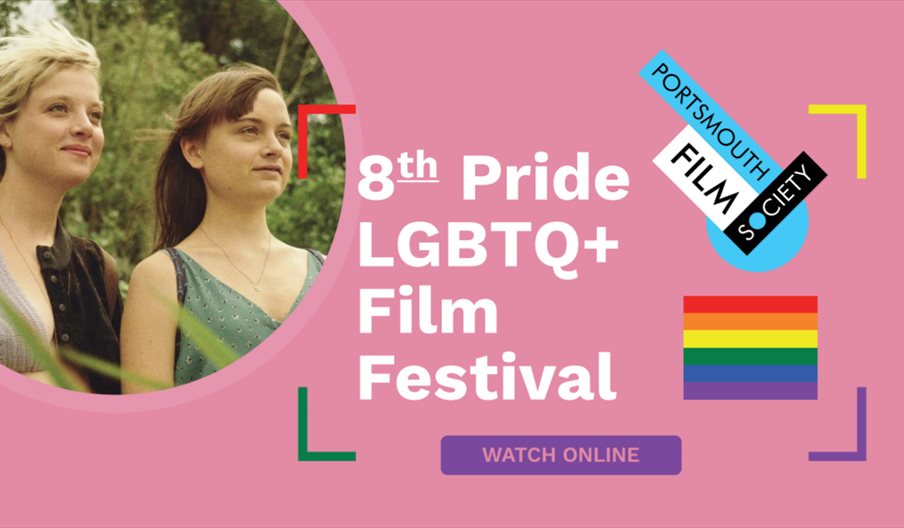 Online films will be free to University of Portsmouth staff and students, and PFS members/followers. The virtual festival is supported by BFI FAN, University of Portsmouth LGBTQ+ Staff Network, Portsmouth Partnership Foundation, FilmCrew4U and Peccadillo Pictures. It's hoped the festival will provide some much-needed relief and gives communities across Portsmouth something to engage with and look forward to during these challenging times. It will also encourage, through LGBTQ+ films, an appreciation of equality and diversity within Portsmouth.

50 Years Legal (2018)
6 February, 7pm
15 certificate/documentary/77 mins
50 Years Legal is a documentary directed and written by legendary rock promoter Simon Napier-Bell, created to coincide with the 50th anniversary of the partial decriminalisation of homosexuality. The film takes viewers on an engaging and informative journey through LGBT history in the UK since 1967 and shows how changes in politics and social attitudes have evolved, for better or worse, over the subsequent decades. The film features many interviews with celebrities and LGBT activists.

Monsoon (2020)
13 February, 7pm
12A/95 mins
Monsoon is a rich and poignant exploration of the struggle for identity in a place where the past weighs heavily on the present. Kit returns to Ho Chi Minh city for the first time since he was six years old, when his family fled the country in the aftermath of the Vietnam war. Struggling to make sense of himself in a city he is no longer familiar with, he embarks on a personal journey across the country that opens up the possibility for friendship, love and forgiveness.

Cocoon (2021)
20 February, 7pm
15/German/English subtitles/93 mins
Cocoon is, in its depiction of the trials and triumphs of female adolescence, a raw and honest coming-of-age tale. In the shimmering heat of a Berlin summer, Nora spends her days as a third wheel to her older sister Jule and her best friend Ayim. On a gym day at school, Nora gets her period for the first time in front of the class. An older student Romy rushes to the rescue, and a friendship blossoms and Nora falls fast in love for the first time.

A Perfectly Normal Family (2020)
27 February, 7pm
Certificate to be confirmed/Danish/English subtitles/97 mins
A Perfectly Normal Family tells the story of a father transitioning to female, and draws on director Malou Reymann’s own childhood experience of family life in the 1990s. This heartfelt and sometimes funny drama is also about the evolving nature of what passes for ‘normal’.