You are here: What's On > Ladykiller 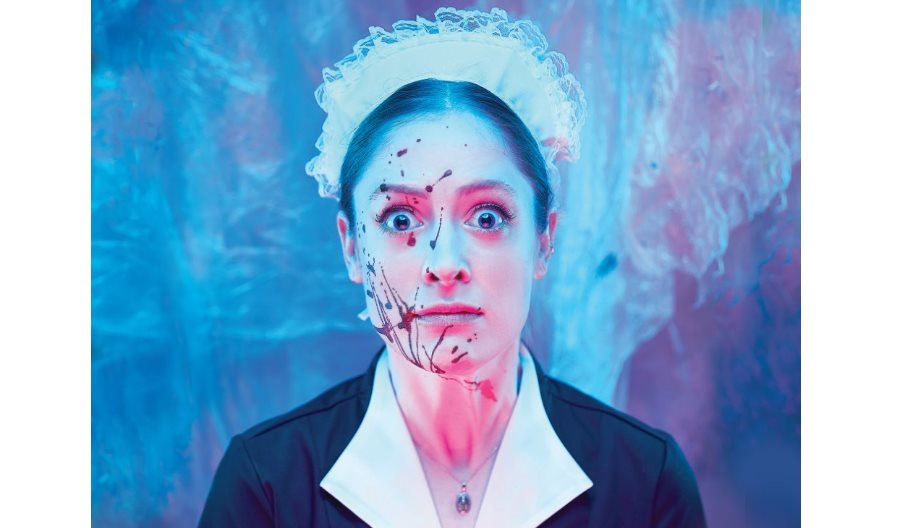 The Thelmas and house present Ladykiller by Madeline Gould, directed by Madelaine Moore.

A hotel room, a maid and a dead woman. It's not what it looks like, really, it's not. It was self defence… and anyway, the woman was asking for it.

The chambermaid considers herself to be a pretty normal person; she goes to the cinema. She reads books. She pretended to read the party manifestos at the General Election. She's even read The Psychopath Test and she's pretty sure she's not one so…

Winner of the 2019 Pleasance Vault award, this 'blood-curdling shriek of a smash hit' was a sell out at Edinburgh Fringe 2018 and Vault Festival 2019. A blood-soaked morality tale about victimhood, power and flipping the gender rule book on psychopathy, it's a gruesome, jet-black comedy for the age of the gig economy.

Press quotes
***** "What a blood-curdling shriek of a hit it is!" A Younger Theatre
***** "Hannah McClean's bright-eyed portrayal is chilling, charming and terrifyingly believable" The Skinny
**** "A very funny and refreshingly offbeat comedy" The Stage

This performance is supported on tour by house, delivered by Farnham Maltings and funded by Arts Council England. Discover more at: housetheatre.org.uk.

Groundlings Theatre, PortsmouthGroundlings is a unique Georgian Theatre that hosts a rich and varied programme of events throughout the year - a great many of which are produced in house.