You are here: What's On > Jamie Cullum 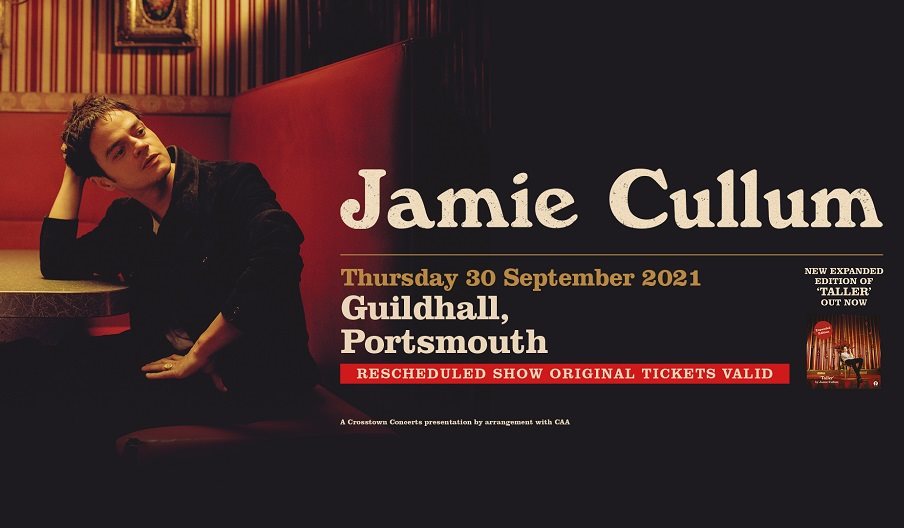 Following the release of his latest album, ‘Taller’, critically acclaimed musician and songwriter Jamie Cullum takes to the stage for a 12-date tour, including a show at Portsmouth Guildhall.

Jamie says – ’It’s going to be so fun playing this new music out on tour with my incredible band. We’re going to draw on these new songs and reinvent plenty of old ones too. The Taller 2021 tour is going to be a memorable one!”

The new album ‘Taller’ sees Jamie bravely explore more personal subject matter with a fresh sense of authenticity, each song reflecting a desire to grow and learn and explore life for the beautiful muddle it is.

Title track ‘Taller’ lyrically shows an emotional honesty which is explored throughout the album. Of title track ‘Taller’, Jamie says: "Historically there has been jokes about my physical stature and being married to a taller woman – so I wanted to own it. Using this as a jumping off point it became a song about the need to grow within your relationship and meet each other eye to eye, allowing room for both darkness and light."

Jamie says: "This album is really a love letter to my wife. It’s an album of my songs that takes stock of where I am right now. They were my working notes for life. My ‘Fortysomething’ if you will. I wanted to put aside whether it was a jazz record, whether it was ticking this or that box. The songs would be king and they would be honest. I feel more proud of this than anything I’ve done."

With 10 million album sales to date and his successful BBC Radio 2 Radio show, Jamie Cullum is celebrated the world over, with loyal fans in every corner of the globe. With a career spanning over 20 years, his legendary live shows have seen him perform and work alongside artists as diverse as Herbie Hancock, Pharrell Williams, Kendrick Lamar and Lang Lang, whilst the success of his major label breakthrough, ‘Twentysomething’, and its follow up, ‘Catching Tales’, saw him nominated for a BRIT, Grammy and numerous other awards around the world.

In addition to his enduringly successful recording career, he has also established himself as a multi-award winning music broadcaster. He approaches all aspects of his career, as he has from the beginning, as both a fan and a student with seemingly boundless creativity and enthusiasm.

Add pre-show dining or a hospitality package with your tickets at the time of booking or add here at any time (up to 24 hours before show, subject to availability).