You are here: What's On > Heritage Open Days at Portsmouth Historic Dockyard 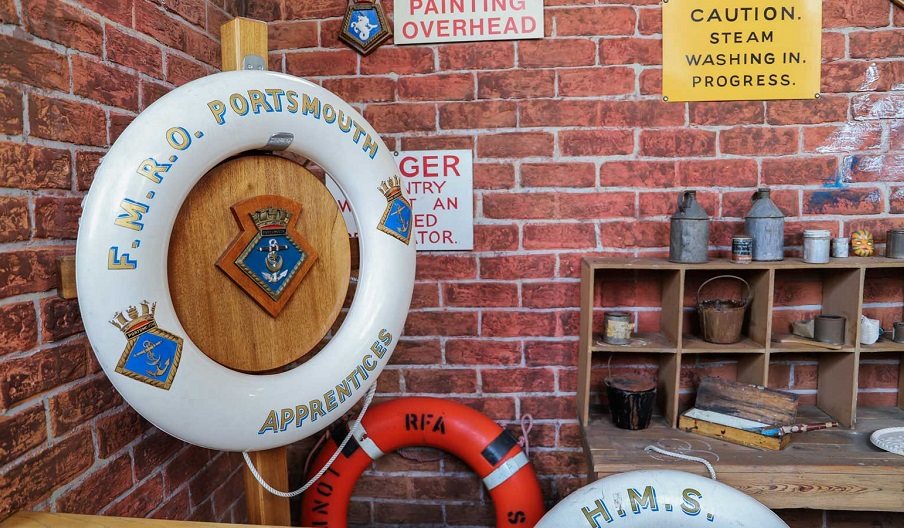 Celebrate Heritage Open Days 2021 at Portsmouth Historic Dockyard, where you can delve into the area's rich history and gain access to areas that may otherwise be out of bounds to visitors, totally free of charge.

You can find all the events taking place at the Dockyard over Heritage Open Days 2021 below, and book your space at MaryRose.org/open-days.

Jack the Painter
Boathouse 4
13-17 September
In 1776 Britain was contesting the right of locals and plantation owners in the Americas to breakaway from the Empire and declare independence. Meanwhile, there was a local dockyard worker nicknamed ‘Jack the Painter’, who was a follower of all the revolutionary talk in France and a supporter of what was happening across the Atlantic. To this end he decided to take a stand and set light to the Rope House, causing great consternation to the fleet during a time of conflict. He was soon caught and sent to trial. Stand on the site of his crime, see and hear the story as it unfolds, and hear of the retribution the workforce took on the culprit on his final day.
Approx. 40 minutes.
Group size: 20 max.

Guides on hand in BH7 Apprentice Exhibition
Boathouse 7
13-17 September
The Dockyard/Apprentice Exhibition in BH7 is a tribute to all the workers and the various trades they employed throughout the last decades - building and repairing wooden ships of Nelson’s Navy all the way to the battlefleets of both World Wars and more recently the Falkland conflict of 1982, as well as the modern fighting vessels you see today. Hear from retired dockyard ‘Matey’, who tells how Portsmouth Dockyard led the world in technical innovations from 1802 onwards. Guides will be on hand to show how things used to be done ‘back before computers’ when it was down to brute strength and teamwork.
Between 30-60 min approx. to tour exhibition.
Group Size: Free flow throughout with guides stationed on site.

Reserve Collection Tours
The Mary Rose
15-16 September
While the Mary Rose (flagship of Henry VIII’s ‘army by sea’) is undoubtedly the jewel in the crown of the Mary Rose museum, the real treasure is the 19,000 objects that were recovered alongside the ship, which tell the stories of the crew who lived, served and ultimately perished onboard. Although the Mary Rose museum has thousands of these objects on display, there are more stored behind the scenes in its archives, which are being revealed to the public for two days only. One of the museum's expert volunteer guides will be on hand to take visitors on a journey through some of these objects, including decorative panels, leather shoes and even a hailshot piece, one of only eight in existence!
Tour takes 30 mins, Tour size: 6 max.

Trafalgar Sail
National Museum of the Royal Navy
13-14 September
Don't miss this chance to see one of the original sails that hung on HMS Victory during the battle of Trafalgar, complete with shot holes! The sail is sensitive to light, and so this is a rare glimpse to see it. One of the Dockyard's conservation team will highlight the key features of the sail and the important and painstaking work being done to conserve it.​​​​​​

Storehouse 12
National Museum of the Royal Navy
14 & 17 Septmeber
Take a behind-the-scenes tour of the NMRN's new state-of-the-art collections facility, showing how it processes, quarantines and even deep freezes objects! The tour will be led by a curator, who will provide a glimpse into their fascinating work and reveal some of the hidden treasures in the collection.

Meet the Records Historian
Boathouse 7
13-17 September
Join a researcher/member of the Historical Trust, who will be on hand to help with any queries regarding family relatives who worked in the Dockyard from the late 1800’s up to the 1960’s approx. Start your research by investigating the Dockyard's extensive online list of hundreds of names of the workforce, from its original Employment Ledgers and be shown how to delve further into Trust records.
Individual consultations on an opportunity basis at desk within exhibition. 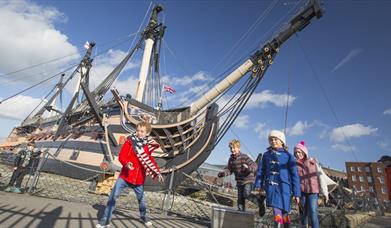 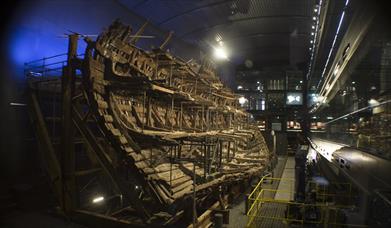